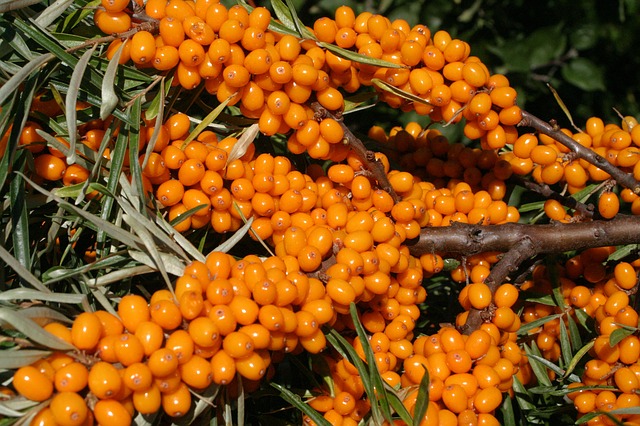 Can Sea Buckthorn Help with Psoriasis Psoriasis is one of the most common skin conditions, chronically plaguing 125 million people worldwide, according to the National Psoriasis Foundation. When left untreated, this skin disorder can affect your quality of life.  But there may be some hope with sea buckthorn. The National Center for Biotechnology Information published … Read more 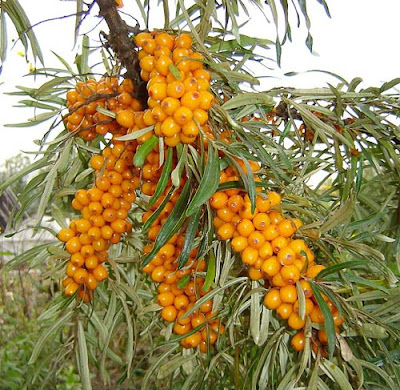 Sea Buckthorn & Cholesterol A meta-analysis published in Trends in Food Science & Technology determined a possible link between sea buckthorn and your cholesterol. Meta-analysis results are far more extensive than any one study. It examines data from numerous independent studies regarding the same subject to determine total results and trends. This meta-analysis regarding sea … Read more

Originally released 11/25/13  By a News Reporter-Staff News Editor at Biotech Business Week — Investigators discuss new findings in Life Science Research. According to news originating from New Delhi, India, by NewsRx correspondents, research stated, “Seabuckthorn (Hippophaerhamnoides L.) is known for its medicinal, nutritional and environmental importance since ancient times. However, very limited efforts have been made to characterize the … Read more

Originally published by Nupur Jha on 11/14/13. Prairie fruits like buffaloberry, sea buckthorn and chokecherry are found to be superfruits as they are extremely rich sources of nutrients and have a high potential food value. Researchers from the University of Saskatchewan unveiled the facts about these prairie fruits, which are also useful in the medical … Read more

Originally Published by Stephen DANIELLS  8/20/2013 Daily consumption of sea buckthorn berries, its extracts, or bilberries may boost the overall metabolic profiles of overweight women, says a new study from Finland. Using a nuclear magnetic resonance (NMR) metabolomics, researchers from the University of Turku, the University of Oulu, and Aromtech evaluated the effects of sea … Read more

Originally published on 8/1/2013 By Ramesh Shankar, Mumbai  The Department of Biotechnology (DBT) will soon develop a network program aimed at developing industrial products through prospecting of bioactive molecules from seabuckthorn, a deciduous shrub. The programme aims to prospecting on seabuckthorn for industrially important bio-molecules for therapeutic herbal products such as antimicrobial, wound healing, anti-ulcer, … Read more

Originally published on May 7th, 2013 The leaves and berries of sea buckthorn (SB; Hippophae rhamnoides ; family Elaeagnaceae ) are medically claimed as having phyto-antioxidant, anti-inflammatory and anti-cancerous properties in humans, according to Carmen Solcan from the University of Agricultural Sciences and Veterinary Medicine in Iasi and co-authors there and at Gr. T. Popa University of … Read more

Professor Frank Andrews of the LSU School of Veterinary Medicine studies the effects of sea buckthorn on horse stomach ulcers finding the berries healed some parts of the stomach just as well as prescribed medication. Andrews used 2 groups of 8 horses feeding each group the same type and quantity of food. He added 4oz … Read more

A recent study conducted by the American College of Veterinary Internal Medicine indicates that adding sea buckthorn berries to the diet of horses may reduce the incidence of glandular gastric ulcers. Check out our article on sea buckthorn and human ulcers here. “Sea buckthorn berries and pulp are high in lipiphilic and hydrophilic bioactive compounds such … Read more

Researchers at the Islamia University of Bahawalpur, Pakistan studied the effect of 1% sea buckthorn cream extract on sebum production. They used 10 male volunteers between 20 and 35 years of age and gave each subject either the treatment cream or a placebo cream that didn’t contain the plant extract. The treatment cream is a … Read more