Fibromyalgia is a syndrome distinguished by chronic pain in the muscles, ligaments, tendons, or bursae around the joints.  It is called a syndrome because it includes a set of conditions that always occur together.  The term fibromyalgia comes from a combination of three Latin words.  Fibro – (fibrous, for the soft tissues of the body under the skin, especially around the joints, including tendons, and ligaments), my – (myo, for muscles), and – algia (pain) meaning pain in the supporting tissues around the knee, or muscles around the shoulder.  It is not a new disease but was described as early as the 1700s.  In 1904, it was named fibrositis and in the 1980s renamed fibromyalgia.

With the recent emphasis on natural and organic living through the media and medical outlets, consumers are looking for products that are natural and still yield the results that they are looking for. The advantages of Sea Buckthorn are broad and make it a great alternative to traditional western medicine. If you have any of the following ailments; inflamed joints, a weak immune system, or weak tissues and membranes, Sea Buckthorn could be a viable solution. Read on about some of the benefits you can expect from taking sea buckthorn as part of your daily regimen.

Based on many centuries of traditional use, and on modern scientific 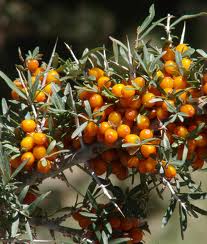 research and clinical studies, Sea Buckthorn oil has been proven to be a remarkably effective natural remedy for health problems related to damaged mucous membranes of the gastrointestinal tract, including the following widespread conditions:

The following conclusions were drawn from the examination of a number of current studies on fibromyalgia symptoms and treatment combined with our extensive knowledge of the properties and activity of Sea Buckthorn. 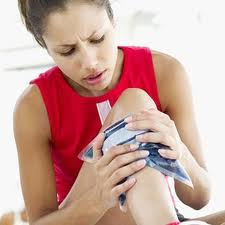 Fibromyalgia Pain is mainly caused by inflammation of the joints. Inflammation is the response of the body’s prostaglandins (substances that help the body with many different functions) to a perceived injury or infection. Prostaglandin production is modulated by essential fatty acids.

The outstanding health-promoting properties of Sea Buckthorn and its unique oil have earned it a well-deserved reputation of a powerful natural healer both in Asia and in Europe. In addition to being used as a treatment for healing burns and wounds, it has also become a very popular daily supplement believed to provide additional health benefits for Fibromyalgia sufferers by acting as a powerful immune system booster and reducing inflammation and promoting tissue regeneration.

10 thoughts on “Sea Buckthorn for Fibromyalgia, Chronic Pain, and Inflammation”