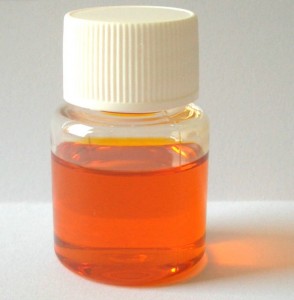 One of the reasons sea buckthorn has remained outside the spotlight for so long in the United States could be the fact that it is inedible in its natural state. You can’t just eat the fresh berries raw, or drink their juice straight.  They’re very tart and quite unpalatable.  Instead, companies use rather complex procedures to extract the juice, oils, and seeds in order to package them in forms that customers can use. 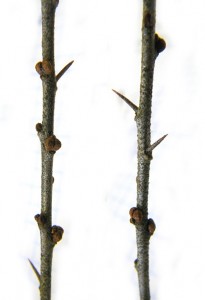 Processing the sea buckthorn plant is difficult even from the first step—getting the berries off the bush. To protect the fruit from birds and other animals, the plant surrounds it with sharp thorns. Since it is too tedious to simply pull the berries off, the most effective method is to cut off entire branches and use a machine to shake the berries free from them. The next step, the cleaning stage, is also complicated by the berries’ delicate nature. If water is used to wash them, they quickly absorb it and the valuable oils inside become diluted. Instead, more shaking and careful brushing separates the berries from dirt, sand, leaves, bark, and other debris that could contaminate the berries before the extraction process. Once the seeds and the berries have been separated, they are ready for the extraction stage.

Extraction is a way to take out the small amount of oil present in each sea buckthorn berry and seed so that it can be concentrated. By taking a small dose of pure sea buckthorn seed oil or berry oil, the customer can get the same benefits that would ordinarily require the consumption of a large number of actual berries. Traditionally, developers have relied on the use of certain chemicals to soak the seeds and berry pulp, which draws out the oils. However, all chemicals have at least a small damaging effect on the composition of the oils, and some of their benefits become lost. Additionally, the chemicals in these solvents can pose health risks to the consumer. An exciting new idea for extraction, however, promises to hold the key to safely obtaining these precious oils in their purest possible form. 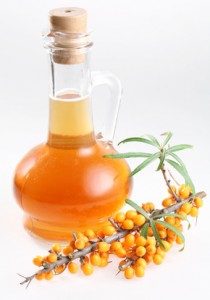 Supercritical CO2 extraction is unquestionably safer than chemical extraction processes. Carbon dioxide, normally a gas or a solid (dry ice), is forced into a liquid state through temperature and pressure management. When the sea buckthorn berries or seeds are added to this liquid, the carbon dioxide pulls the oils out, retaining nearly all their powerful EFA’s, proteins, and other beneficial components. Many health experts now agree that sea buckthorn oils produced by supercritical CO2 extraction are the best choice if customers want to get the most effect from them.