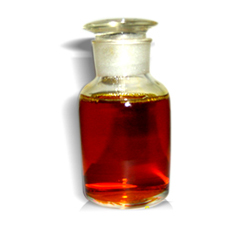 Sea buckthorn is most famous for its high concentration of the very rare Omega-7 fatty acid, also known as Palmitoleic Acid.  It was heralded by Dr. Oz as the new super fruit as he featured it again and again on his popular show.  Most recently he discussed it for weight loss and constipation which drove masses of his viewers to their local health food stores and internet resources to learn more. Previously he mentioned sea buckthorn for oral health, including your teeth and gums, as well as a natural acne remedy.

Omega-7 fatty acids are new to the scene and most consumers are not even aware they exist. As opposed to Omega-3, a very popular essential fatty acid commonly derived from fish, Omega-7 is currently only available from 2 plant sources:  Macadamia Nut Oil and Sea Buckthorn Oil.  Sea Buckthorn is the richest and most common plant source of the oil and it offers many benefits that Macadamia cannot.  The synergistic effect of sea buckthorn’s essential fatty acids, including Omega 3, 6, 9, and 7, as well as it’s vast array of vitamins, minerals, and anti-oxidants, is thought to be the main reason it makes such drastic and positive health differences in its users.

Be sure to follow us as more information becomes available about Omega-7 fatty acids. Scientists and researchers worldwide have their eyes on Palmitoleic Acid and are putting it through clinical studies to unveil what uses it has for mankind.  Currently, it’s well known for skin ailments, skin care (note:  Omega-7 fatty acids naturally occur in the skin), mucous membrane support (such as Gastric Ulcers), cellular care, and many other uses for the human body.

This entry was posted in Omega-7. Bookmark the permalink.