Obscure Berry on Rise in Saskatchewan

Originally published by Jeff Davis, The StarPhoenix on 12/30/13 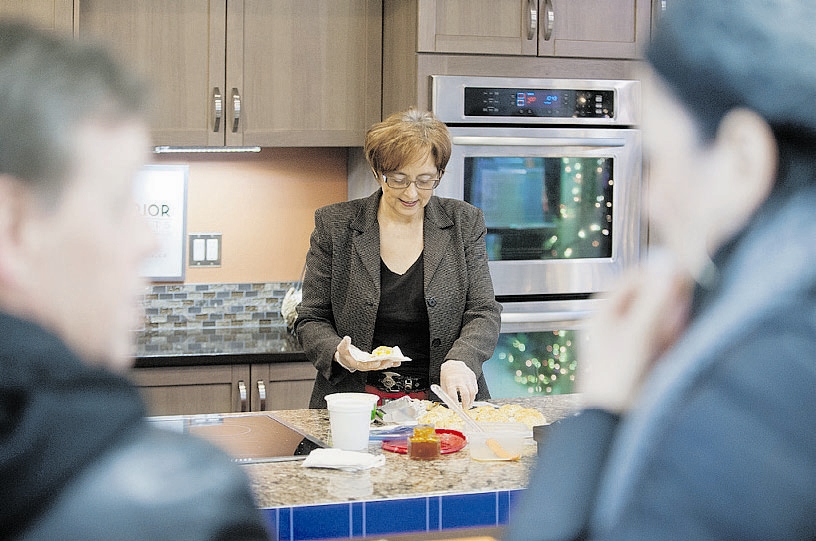 Betty Forbes, of Northern Vigor, makes scones during a cooking demonstration with sea buckthorn berries at the Saskatoon Farmers' Market. The berries are a popular specialty food with health enthusiasts. Photograph by: Liam Richards, The Starphoenix

What grows on trees, is guarded by menacing one-and-a-quarter inch thorns, contains 190 nutrients and is grown right here in Saskatchewan? The sea buckthorn berry.

Despite its unwieldy name, the sea buckthorn is making huge waves in the world specialty food market. It is especially popular among the health-conscious, thanks in part of rave reviews on television shows such as Dr. Oz.

Some say it’s quite possibly the most nutritious fruit on the planet, so much so that it can be considered a “multivitamin” all by itself. Besides vitamins A, B1, B2, C, D, E, K and P, it’s packed with carotenoids, flavonoids, amino acids, phenols, folic acid, organic acids and 20 mineral elements.

It’s also the only plant in the world that contains omega fatty acids 3, 6, 7 and 9 together, and helps the body stop storing fat. In tests, laboratory mice on an unlimited diet that included sea buckthorn supplements maintained a healthy weight, while those that were not ballooned to obesity.

In short, it’s good for what ails you. Sea buckthorn has been used medicinally for centuries across Europe and Asia, but only made its way to Canada in the late 1990s.

Betty Forbes grew up on a farm outside Kamsack, and remembers fondly planting a sea buckthorn orchard there with her family in 1998. Her father had been convinced to plant the berry by a friend, who had been travelling in China and saw its many food and medical applications.

The plan went off the rails when this friend, who was planning to harvest and process the berries, died unexpectedly of a heart attack. Lacking a market, the fruit trees were left alone, and by 2006 Forbes’ father was prepared to give up and plow them under.

Forbes quit her job as an instructor at SIAST and started Northern Vigor, the brand under which she now markets a growing range of products. So what’s it taste like?

“Tropical and tangy,” Forbes said, bubbling with enthusiasm. “And a little bit tart.”

Government scientists first introduced sea buckthorn to Saskatchewan as an experiment to reduce soil erosion, Keller said, and were planted widely by farmers.

“It was brought to Indian Head to be researched as a windbreak: That’s why there is so much around,” he said. “For years a lot of those berries were never harvested.”

It is only in the last decade that interest in so-called superfoods made people take a hard second look at the thorny bush.

“There is a growing interest in society to look at these high-value food products, in terms of their protection against disease or increasing endurance or energy,” he says.

Keller said he is now searching for international markets for Saskatchewan’s sea buckthorn products, and sees a big opportunity in countries already familiar with the product: Germany, Poland, Korea, Taiwan and China.

“When it comes to these sorts of products for health, nutrition, high quality – they consume a lot,” Keller said. “This is a big opportunity for Western Canada.”

The challenge will be to increase production, since major international brands might lose interest if large quantities are not available. Keller said besides planting more acres with sea buckthorn, it will help to identify historic orchards that may have been forgotten.

“A lot of them are just ignored, because they’re there for another purpose,” he said.

“It isn’t like Saskatoon where there is a machine that can go along and harvest it,” Forbes said. “That makes it a little bit pricier.”