Sea-buckthorn: suncreen for astronauts and superfruit for all!

Most foragers are reluctant to try eating brightly colored berries belonging to plant species unknown to them; this type of skepticism is healthy and reinforced by the multitude of poisonous berries in nature. We had never seen a common sea-buckthorn (Hippophae rhamnoides) bush before and its bright orange clusters of berries appeared uninviting. Little did we know at the time that we were passing up on one of nature’s superfruits!

Sea-buckthorn is a deciduous shrub which is native to a large area of Asia and Northern Europe. In Asia the berries’ nutritional and medical properties have been known for millenia. The small, tart berries are packed with vitamins, minerals and antioxidants. Sea-buckthorn oil is known to absorb ultraviolet rays, and Russian astronauts used it as a sort of space sunscreen. Furthermore, many victims of the Chernobyl nuclear disaster were treated with sea-buckthorn against radiation burns and today many high-end cosmetic products contain sea-buckthorn as an anti-aging product.

Given that the berries’ properties verge on the miraculous, why aren’t the markets brimming with sea-buckthorn? To answer this question, we invite the reader to pick a few sea-buckthorn berries. You will immediately find out that the holy bush doesn’t easily give up its fruits. The berries cling tightly to the branches, which also happen to be covered with ferocious but camouflaged thorns. Hand harvesting sea-buckthorn is extremely labor intensive, and the only mechanization methods developed so far involve freezing the berries and shaking the branches (which also damages the plant itself). Still, in Germany the plant has received a lot of attention since the 1940′s and, in particular, was the subject of a lot of scientific research in former East Germany. A liqueur made from sea-buckthorn is considered a North German specialty.

Sea-buckthorn is widespread in Berlin.* Mundraub.org marks one located near the Mauerpark (close to the outdoor climbing wall north of the park). The shrubs are actually on private property and only a few branches hang over the fence with berries on them. You are better off trying out another nearby location which is a public space (and which we’ve marked on our map)!

*Now that our eyes are more accustomed to recognizing sea-buckthorn shrubs, we’ve discovered that they do, in fact, grow throughout Berlin! However, they tend to be tucked away in less trampled-upon spaces where they can better protect their fruit from foragers. Today we saw several shrubs next to the Bornholmer Strasse S-Bahn station, but unfortunately their branches had been cut and the plants were severely damaged.  This was quite sad to see and is a strong reminder that there is a delicate line between respectfully foraging and greedily harming a plant for its fruit! 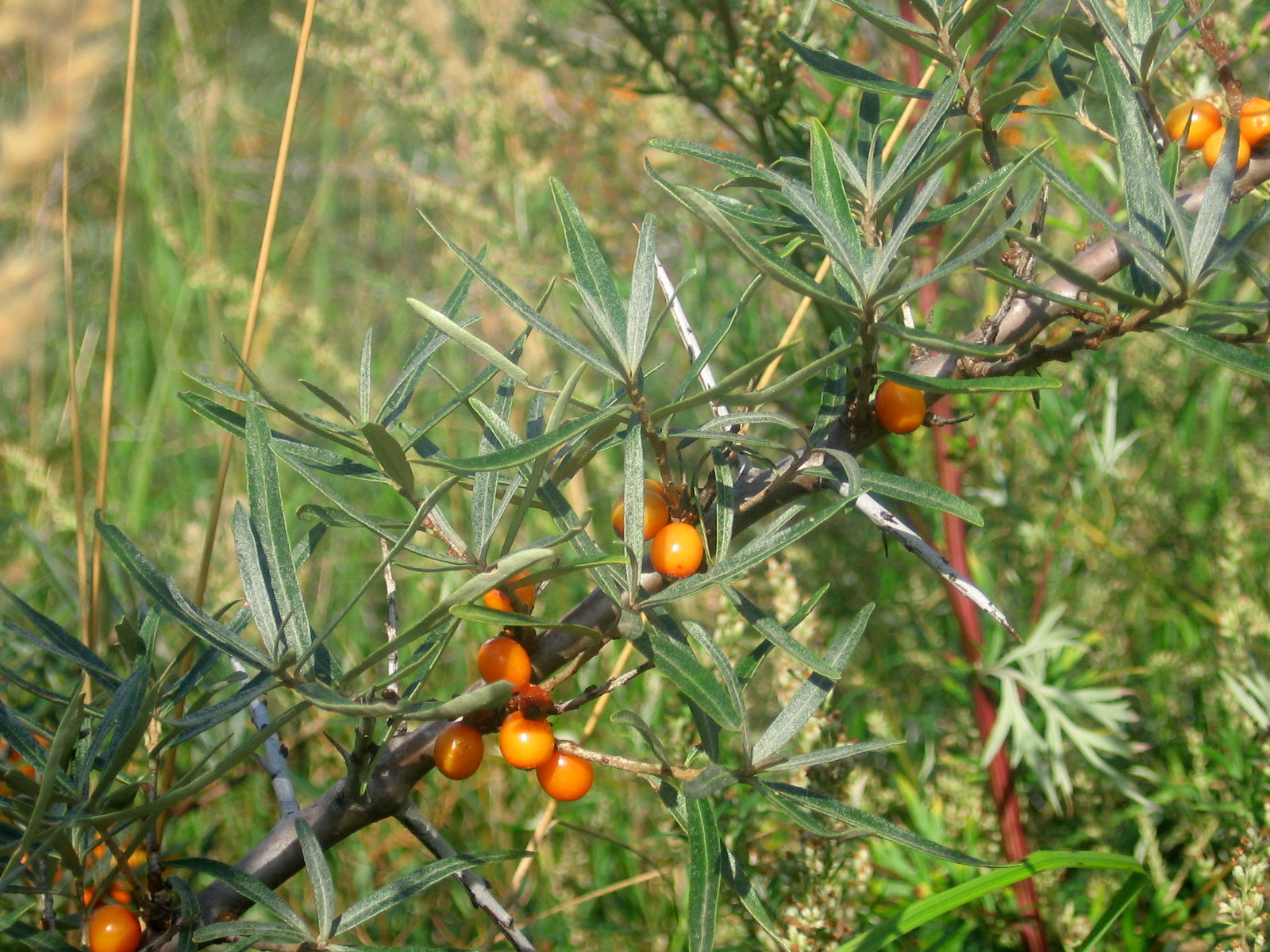 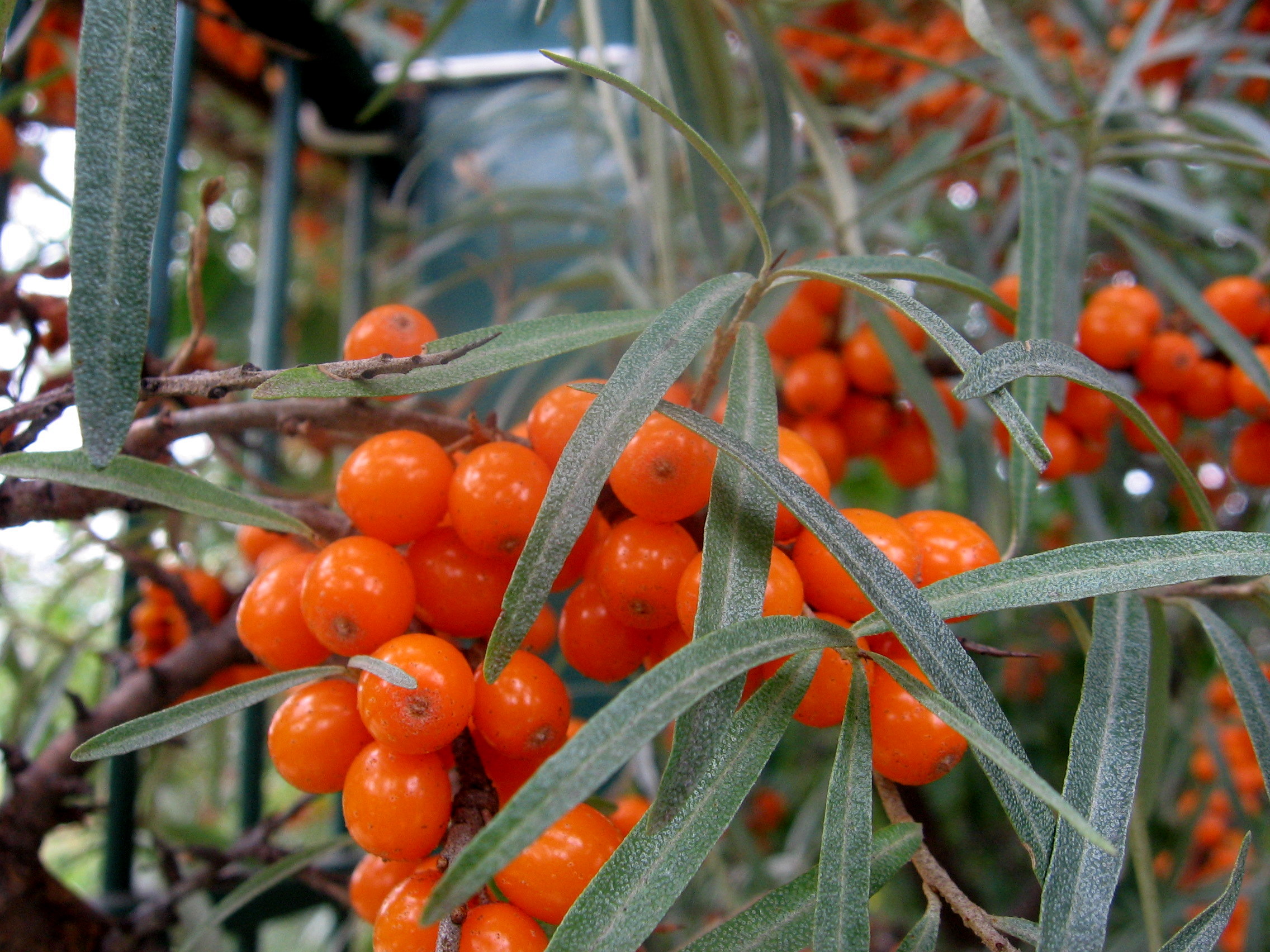 2 Responses to Sea-buckthorn: suncreen for astronauts and superfruit for all!