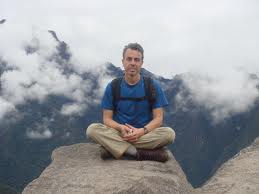 Fox News featured a sea buckthorn article by Chris Kilham, known as the Medicine Hunter. Chris explores indigenous natural medicines around the world and is an influencing voice in the natural product industry. He is the founder of Medicine Hunter, Inc. where he travels to locate native medicinal plants and set up cultivation methods and trade with indigenous people. See excerpt below: 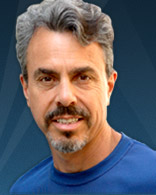 If you want a new nutritional supplement to ponder, you usually have to wait about a month. On an ongoing basis, we are bombarded by the latest, the greatest, and the most fabulous supplement of all time. In the information age, the information never stops – and neither does the flow of new supplements.

So how do you tell a great concept from a mediocre one? One of the best barometers I know is to find out how long an ingredient has been used. If it’s brand new, then in my opinion, we don’t know enough. But if it has been used for hundreds or even thousands of years, then it’s worth knowing more.

A relative new-comer in the nutritional scene is sea buckthorn oil (Hippophae rhamnoides), which is pressed from the fruits and seeds of the orange-colored sea buckthorn berry. Known and used by the ancient Greeks, this berry grows throughout the Himalayas, and I have seen it cultivated on a massive scale in Siberia. The plant shows up in ancient Tibetan texts, the Indian Materia Medica, and early Chinese formularies. The name sea buckthorn has nothing to do with the sea, but its botanical name Hippophae rhamnoides may refer to the plant’s use in antiquity to cure blindness in horses.

New to us in the West, sea buckthorn is a staple super food and adaptogenic plant used for at least two thousand years by millions of people. I like that kind of deep, broad usage over a long period of time. As an adaptogen, sea buckthorn helps to mitigate the effects of both mental and physical stress. The Chinese military used it in the 1950s to aid soldiers suffering from plateau sickness. Since that time, Chinese officials have championed the development of a strong sea buckthorn industry, with widespread cultivation a key factor. From here on, we’re likely to experience a wave of sea buckthorn products, in a variety of forms.

Sea buckthorn juices are hitting the market, and they’re a great way to get a whopping load of highly protective factors – from antioxidant phenols, to vitamin A-producing carotenoids, and to a whole new class of healthy oils. What is catching the attention of researchers and health aficionados alike is the Omega 7 fatty acid value of the oil of this plant. Just when you were getting the hang of Omega 3s and 6s, along come the 7s. These plant compounds derive from both the fruit and the seed of this cold weather berry.

We require fatty acids to live, for proper brain function, cardiovascular health, skin, and organ tissue, as well as a myriad of other important functions. And the Omega 7 fatty acids, notably palmitoleic acid, appear to possess special properties that easily put this supplement in the worth-taking category for your personal health.

Research on Omega 7 and palmitoleic acid in particular, show that these lipids enhance overall cardiovascular health, improve gastrointestinal health by enhancing digestive tissue, and contribute to better skin, hair and nails.  Much of the activity of Omega 7 appears to be anti-inflammatory. We know that inflammation plays a key role in every chronic, degenerative disease. The particular properties of Omega 7 may prove especially beneficial in mitigating overall inflammation. Omega 7 also likely plays a role in blood sugar and weight control.

Russian animal research in the late 1990s showed significant improvements in all aspects of cardiovascular function in animals given sea buckthorn. This action was attributed to a high concentration of potent antioxidant phenols present throughout sea buckthorn fruit and seeds. I personally do not approve of animal testing, but it would be a shame to let the information go to waste.

In cosmetics, the oil of sea buckthorn is making its way into lotions, creams, facial scrubs and other unguents – some with very good success. There is good reason to believe that sea buckthorn oil enhances skin health and renewal.

Chris Kilham is a medicine hunter who researches natural remedies all over the world, from the Amazon to Siberia. He teaches ethnobotany at the University of Massachusetts Amherst, where he is Explorer In Residence. Chris advises herbal, cosmetic and pharmaceutical companies and is a regular guest on radio and TV programs worldwide. His field research is largely sponsored by Naturex of Avignon, France. Read more at MedicineHunter.com.

This entry was posted in Education, News. Bookmark the permalink.