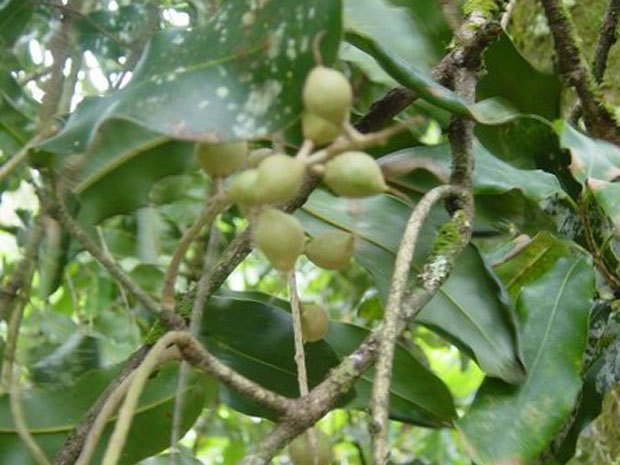 Have you taken your omega-7s today?

If you follow nutrition information even half-heartedly, there’s a good chance you’ve heard of omega-3 fatty acids, the fats derived primarily from fish that are thought to be good for our hearts and brains, and that can reduce inflammation throughout the body. Then there are omega-6 fatty acids, which essentially serve as the yang to omega-3s’ yin: While some argue they are harmful to us in the large amounts that we currently consume them (especially as processed oils, though this remains an area of debate), they are also considered heart healthy. Less well-known, but still relevant are the omega-9 fatty acids, which can be derived from the likes of olive oil. Unlike omega-3s and omega-6s, however, omega-9 fatty acids can be manufactured in our body, and are therefore not actually essential to a healthy diet. So what are omega-7s, and why do they matter? We are only beginning to understand them, but what we know so far is both intriguing and promising.

ALLOW ME TO INTRODUCE … OMEGA-7s

Omega-7 fatty acids are a type of monounsaturated fat (meaning they have one kink, or site of unsaturation in their 16-carbon backbone) that has generated much recent interest for its potential health-promoting effects. By name, the omega-7 of interest to our health is known as palmitoleic acid. While it exists naturally in some foods, especially macademia nuts and in a fruit known as sea buckthorn, palmitoleic acid is often found in foods alongside palmitic acid (also found as sodium palmitate on ingredients lists), a saturated fat that is on the World Health Organization’s list of most damaging fats to our heart. For years, research has suggested that palmitic acid, which is particularly abundant in palm oil, but also exists in dairy foods and meats, has pro-inflammatory effects, meaning that it promotes inflammation throughout the body, and can ultimately contribute to heart disease, type 2 diabetes and cognitive decline over time. Palmitic acid seems to be particularly harmful to our pancreas, the place where we produce insulin that helps us to keep our blood sugars under healthy control.

On the other hand, palmitoleic acid, which can be formed from palmitate in our body, is turning heads because of mounting research suggesting its effects are almost the complete opposite of palmitate: Namely, it seems to reduce inflammation in the body (as measured through a common blood test, known as C-reactive protein), while also reducing insulin resistance, and making the pancreas healthier. Since food generally contains a combination of palmitic and palmitoleic acid, researchers are now asking the question of whether or not taking palmitoleic acid in a purified form (i.e. without the harmful palmitic acid) can do our bodies a world of good.

Much of the research on palmitoleic acid has been conducted on animals (mostly rats), but recently, several human studies have shown promise. In a study published by Japanese researchers in 2011, palmitoleic acid given to rats helped to reduce their cholesterol and triglycerides, reduced insulin resistance, and even triggered weight loss. It also made the livers of the rats healthier, and reduced whole-body inflammation. In humans, macadamia nuts, or total dietary omega-7s seem to have a substantial effect on our cholesterol levels, while also improving insulin sensitivity, which can help protect against type 2 diabetes, and that’s even without getting rid of the palmitic acid that could be watering down some of the benefits.

Some researchers and health experts are keen enough on omega-7s that they are starting to recommend them as a supplement. Sea buckthorn is one supplement that is omega-7-rich, but the downside is that it also contains palmitic acid, which might off-set the positive effects. Dr. Michael Roizen, chief wellness officer for Cleveland Clinic (the parent organization where I work), and co-author, along with Dr. Mehmet Oz, of the popular “YOU” series of diet, wellness and lifestyle books, is taking 200 mg of purified omega-7s per day, and is involved with clinical trials that will look at its effects in humans (full disclosure: Dr. Roizen is the chair of the Scientific Advisory Board of Tersus Pharmaceuticals, who purify omega-7 fatty acids for use in supplements). So far, according to Dr. Roizen, “their potency looks similar to statins [cholesterol lowering drugs], without any known side effects.” Intriguingly, the omega-7s being used for supplements are actually purified from the leftovers after omega-3s have been extracted from fish for making omega-3 supplements; in the past, Dr. Roizen notes, these remnants were used to make biodiesel, but can now be used to make omega-7s. This could also explain why eating fish seems to be more beneficial for your heart than taking omega-3 supplements: Perhaps the benefit is derived from not one, but two odd omega’s: 3 and 7.

While we await the results of ongoing randomized trials on omega-7s, the data so far is promising. With a potential drug-like effect on our heart, pancreas and liver — without the drugs — omega-7s have the potential to become a household name, much like omega-3s were a bit longer than a decade ago. While your best dietary sources for now are macadamia nuts (keep it to about a dozen per day to keep the calories under control) or oily fish, purified palmitoleic acid is a supplement that might become a mainstay.